WrestleMania 37 was originally scheduled for Los Angeles in 2021

WWE on Saturday took the rare step in announcing the host sites of its signature WrestleMania pay-per-view event two years in advance. Not only has WrestleMania 37 been moved from Los Angeles to Tampa, Florida, in 2021 due to the COVID-19 pandemic, WrestleMania 38 will be held in Dallas with WrestleMania 39 heading to Los Angeles.

Though it was previously announced that WrestleMania 37 would take place in Hollywood, the state of California is not allowing fans to attend sporting events due to the coronavirus. With sources telling CBS Sports that WWE is planning to have limited attendance at its biggest show of the year, it decided to move WrestleMania to Raymond James Stadium in Tampa, which has been hosting Tampa Bay Buccaneers’ NFL games with some fans in attendance. It will take place over two nights, Saturday, April 10 and Sunday, April 11. 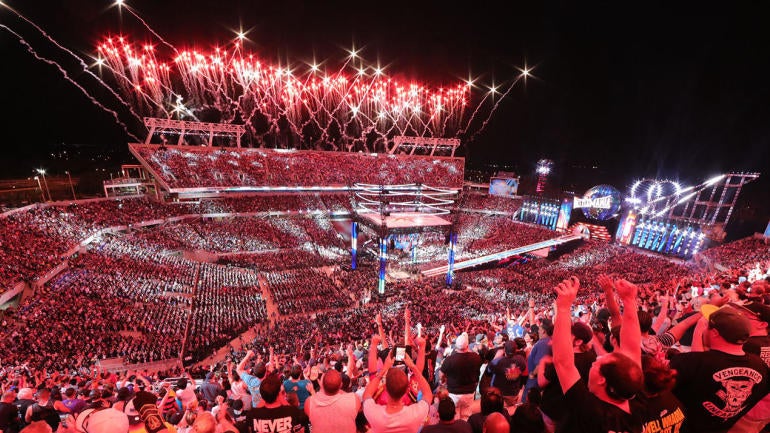 WWE planned to hold WrestleMania 36 at Raymond James Stadium in Tampa last year but was forced to move it to the WWE Performance Center in Orlando due to the COVID-19 pandemic. It fulfills its plans to hold the first WrestleMania in Tampa this year, pushing back its planned WrestleMania in Hollywood two years.