AJ Styles reacts to the Bullet Club reunion in AEW

One of the career-defining moments for AJ Styles was his time in New Japan Pro Wrestling as the leader of the infamous Bullet Club. After jumping ship to WWE in 2016, AJ Styles reformed a small version of the faction in WWE with Karl Anderson and Doc Gallows. 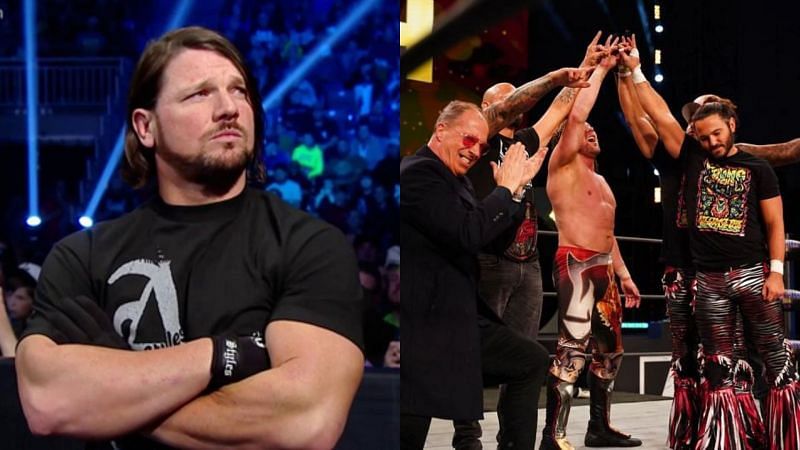 Recently, on Night One of AEW Dynamite’s New Year’s Smash, a massive Bullet Club reunion took place as IMPACT Wrestling Tag Team Champions Gallows and Anderson made their first appearance in All Elite Wrestling. The two joined hands with AEW World Champion Kenny Omega and AEW Tag Team Champions The Young Bucks. All five of these men have previously been part of The Bullet Club, and the reunion was surely a massive moment.

Speaking to Bleacher Report’s Graham Matthews, AJ Styles reacted to this Bullet Club reunion and said that he’s happy for them and it’s great that they are able to continue it.

“It’s one of those things where it’s like, ‘How did this get over so well?’ It’s because you had guys that genuinely wanted to hang out together. We weren’t just together when it came to wrestling, we were together outside of the wrestling ring, too. We were actually hanging out, and I think that’s why it worked so well for us at that time. We all hang out together, so seeing those guys, I’m happy for them. It’s cool they’re able to continue what they started, whenever it was.”

Ever since joining WWE in 2016, AJ Styles has been one of the biggest Superstars for the company. A former two-time WWE Champion, AJ Styles currently works on Monday Night RAW. Recently, he announced his entry into the 2021 WWE Royal Rumble match. This would be AJ Styles’ third appearance in the Royal Rumble match.